Microwaves are quite a versatile and convenient appliance to have in your home. It was accidentally invented in 1945 by Percy Spencer while he was working on radar tubes. Before Spencer’s accidental invention, existing theories were stating that elevated amounts of electric field frequencies can also be used as a viable heater source.

The theory was then confirmed after Spencer discovered that his proximity and exposure to high frequency caused the bar of chocolate in his pocket to melt. He then conducted more experiments with other types of food, such as eggs and popcorn, until a final version of microwaves were tested, patented, and used in food stalls and restaurants.

Presently, the functions of a microwave oven have expanded to several uses, ranging from cooking and food preparation to initiating communications via satellites, and even detecting radiation.

Enumerated below are eight unusual and cool uses of your trusty microwave:

If you are in a pinch or are having a hard time peeling vegetables with tough skin, a microwave comes in handy. Pop the vegetables in the microwave for 3 minutes maximum to help soften the skin and make it easier to peel off.

The heat emitted by a microwave oven helps melt butter at a faster rate. Level it up by adding some chives, rosemary, and sage. It will surely add a distinct and lip-smacking flavour to your regular butter.

Place the sugar in a microwavable bag and add a damp paper towel inside. Microwave the bag of sugar with the paper towel for around 20-25 seconds. Once done, your sugar is guaranteed free from clumps.

Aside from reheating food, microwaves can also be used to cook certain foods, such as potatoes and fish. Poke holes on the surface of the potato before popping it in the microwave oven, then turn at 2-minute intervals to cook the potato evenly. As for cooking fish, wrap the meat in a microwave-safe plastic before cooking it for at least 2 minutes. You can also season it with your desired spices for added flavour.

High temperature is known to effectively kill bacteria lurking on surfaces of tools used for cleaning and cooking. Microwaves are also used to disinfect cutting boards, sponges, contact lenses, apparatuses used in dental clinics, and even kids’ toys. When disinfecting items in a microwave, add a bowl of lemon juice with water or vinegar to clean it thoroughly.

Some natural beauty products, such as coconut oil and wax, tend to harden when stored for an extended period—as such, melting these quick-to-harden beauty items saves time and effort.

Are you a little old-school and still enjoy collecting stamps? You can remove stamps more easily from envelopes by dabbing the seal with a bit of water and warming it up in the microwave for a couple of seconds.

The radiation produced by microwaves is used by radars, speed cameras, mobile phones, and wi-fi. This is not surprising since microwave ovens were developed while creating multi-cavity magnetrons that emit small volumes of electromagnetic waves.

A microwave is a smart and convenient kitchen appliance to have at home. It offers time-saving solutions that you and your family will surely benefit from. 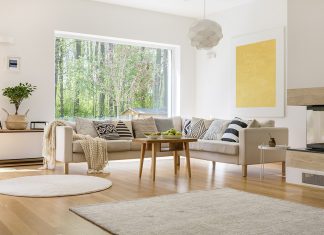 Home Improvements and Design to Create a Good Mood

Letty Thalia - May 13, 2021 0
Do you wish that you could have a home that fits your unique style? Are you looking for ways to manage your mood at...

Checklist for Fishing in a Waterbody Near Home

How To Renovate Small Home Design With Simple and Minimalist Decorating...