A clogged drain is a surefire way to ruin anyone’s day. There’s nothing worse than washing your hands in the bathroom sink as you get ready for work in the morning and noticing that the water isn’t draining. Or when you’re taking a shower, that all of a sudden turns into a bath because the water level just keeps rising even though you unplugged the drain stopper. Nobody wants to spend the time and money to hire a plumber to come to fix a clogged drain. It’s not like you need major work done like a sewer line replacement, right? Most of us try to take the easy way out and take a quick trip to the local hardware store to pick up a container of Drano for a quick and easy fix.

However, what you might not know is that Drano and products like it can damage your pipes. Plumbers don’t hate Drano because people view it as a cheap alternative to hiring a professional plumber. They hate it because it can be harmful to you, your pipes, and sometimes the plumbers themselves. Let’s take a more detailed look at a few of the reasons why drain cleaners are frowned upon by many professional plumbers.

It’s a Chemical Hazard for Plumbers

Just like many workers in any other industry, plumbers face various safety hazards while performing their job. One of the more frustrating safety issues they have to deal with is exposure to harmful chemicals from commercially available drain cleaners like Drano.

Since most people try the quick fix before calling in a professional, many clogged drains that plumbers are hired to fix have the product still resting either in the pipe or directly in the sink. Often, when plumbers first arrive on the scene to fix a clogged drain, the first thing they will do is ask if the client has put chemical drain cleaners in the drain. If a plumber went to open up a drain filled with Drano and didn’t know it, they would be exposing themselves to the dangerous chemicals. This is not only harmful to the health of the plumber, which is bad enough but the tools and cable they use are also susceptible to chemical damage.

Often, people who use Drano don’t read the instructions properly, leading to dangerous conditions. While most people consider the possibility that chemical drain cleaners will damage their pipes, causing worry that they will need to redo their bathroom plumbing or get a sewer line replacement, surprisingly few people consider the more likely risk of harming themselves.

Since Drano is caustic, it can burn or corrode organic tissue with chemical reactions. Of course, that means any splashback can burn your skin. But the vapours that emanate from the liquid are also harmful to your eyes and lungs. If you ever use Drano, make sure you wear proper safety equipment like gloves and a respirator.

It’s Corrosive and Can Damage Your Pipes

Drano has some specific scenarios when it can be useful, but it causes more harm than good in many cases. The whole point of Drano is that when you pour it down a drain with water, it triggers a series of intense chemical reactions that decomposes organic matter, loosens clogged particles, and creates the space for water to carry the debris down the drain.

Drano can cause toilet bowls to crack, PVC pipes will soften and break, and older pipes that have already begun to corrode are more susceptible to more damage. Even if the pipes themselves can withstand the chemicals, the glue that holds them together can dissolve. Luckily, while Drano can damage the plumbing of your home, it doesn’t pose much of a risk to more foundational lines that would lead to a major fix like sewer line replacement.

They Are A Temporary Fix

If you want real solutions to your plumbing problems, call a professional. A quick fix like Drano may seem like the best option at first, but you may be setting yourself up for more severe problems down the line. 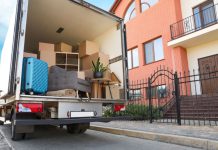 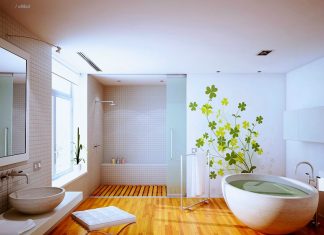 Tips How To Create a Beautiful and Awesome Bathroom Decor With...

Katharina Kurniasih - September 9, 2016 0
Roohome.com - Who does not know wall texture design? Yeah, this is one of the tips to decorate part of your home. But in here, we...

A Beginner’s Guide: How To Get Started in Home Automation