As a homeowner, you try to keep your home safe. Having a smoke detector is a step in the right direction. Unfortunately, many choose a type of smoke alarm not in line with their needs.

The one-size-fits-all approach is deadly when choosing smoke alarms. They each work best in a different setting.

We will look at the various function different smoke alarms provide. The following is a list of types of smoke detectors and where they work best.

This type of alarm is perfect for a fire that does not produce visible smoke. It is not the best option for house fires. House fires take a while for the flame to produce; this causes the alarm to take a long time to respond.

Installing it in the kitchen will be a constant headache. Any time the food is overheated mistakenly, you will get consistent false alarms. The ionisation alarm should be away from your bathroom; the steam will trigger the alarm consistently.

You can do smoke alarm installation in the bedrooms and at each home level.

This type of alarm works when a smoke particle in the chamber disrupts the light and refract at the photoelectric cell. You can install photoelectric alarms in every room at your home. Remember the laundry room and garage.

The dual sensor has the same disadvantages as the ionisation alarm and should avoid the kitchen and bathroom. It is the choice when you have trouble deciding the two. The dual sensor detects both flame and smouldering fire.

The rest of the rooms will work well, including the stairway.

The location for these two types is identical. Both the fire alarms cannot detect smoke. The CO detects the orderless carbon monoxide.

Their best location is the most central part of the ceiling at the kitchen or garage. Place the CO alarm at the circulatory area and 2 meters from the CO source. Avoid corners where the air is ‘trapped.’

The optical alarms grow in popularity compared to ionisation alarms. They detect larger smoke particles from smouldering fires and are great in kitchens and poor in bathrooms. The steam from poorly ventilated bathrooms and kitchens will cause false alarms.

You will not go wrong with placing detectors in every room.  Cover each floor, room, stairways, garage, and fireplace. Install alarms along the walls for faster detection since hot air rises and give attention to the common rooms for gathering.

The areas to avoid are vents, ducts, windows, and doors. The draft can affect the smoke alarm detection. Connect your fire detectors so when one goes off, the whole house is alarmed.

With this information, you can make the right choice. You will have twenty-four-seven fire detection because you chose the right smoke detector.

You deserve to feel safe at your home. Accidental fires take place when most are unprepared; smoke alarm preparation will give an early warning. After choosing the right smoke detector, test them monthly and replace low batteries.

With the right maintenance, a smoke detector will last a decade. 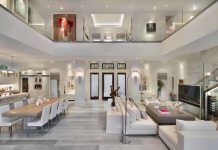 How to Avoid 3 Common Renovation Mistakes 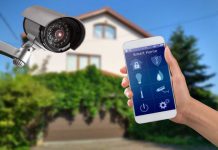 What Are The Benefits Of A Home Security Camera? 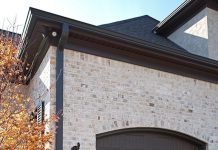 Which is Better: Stucco or Brick? 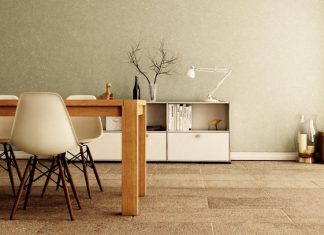 Most Popular Drywall Texture 2022: Drywall is a Great Home Improvement...

Letty Thalia - March 8, 2022 0
Introduction: Why Drywall is Ideal for Your Home Drywall is an excellent building material for your home because it is easy to install, provides a...

How to Modernize Your Kitchen

3 Signs To Replace Your Roof in Palm Beach Florida

What to Do If Your Garbage Disposal Unit Malfunctions?