Environmental responsibility and energy efficiency are crucial elements in modern home design. A key part of keeping the carbon footprint of homes as low as possible is an increased use of renewable energy sources. Although the world as a whole needs to ditch fossil fuels and adopt large-scale renewable energy on a vast scale, there are a surprising number of ways in which renewable energy can be used on a smaller scale in individual homes. This article is a brief guide to the known sources of renewable energy and their applications in home design and renovation.

The sun produces an absolutely vast quantity of energy every single day. Some of this energy can be harnessed by human beings and used to generate electricity. Our nearest star is one day going to expand and destroy the earth—but before it does, it might play a part in saving the human race. Solar panels—invented in the 1950s and honed over the years—absorb solar energy and convert it into direct current energy. This can then be converted into alternating current energy using an inverter so it can be used by businesses and households. Huge solar farms are springing up in rural areas in order to harvest the rays of the sun.

On a smaller scale, solar panels can be used to provide homes with electricity. Companies such as Custom Solar And Leisure—who install solar panels Tucson—are able to fit most houses with enough efficient panels to significantly decrease a household’s reliance upon the energy grid.

The wind has long been used to produce kinetic energy, as windmills were used to raise water and grind corn thousands of years ago. The kinetic energy that can be harvested from the wind can also be used to drive turbines that produce electricity. Wind farming has been adopted on a large scale, with countries such as the UK with large coastlines investing heavily in offshore wind farms—although this sometimes backfires during seasons when the usually powerful winds cease to blow. Despite these periodic lulls, however, wind is extremely reliable as an energy source.

Homes in windy areas can take some of their power from small-scale wind turbines, although relatively large turbines would be needed to power an entire house.

Hydroelectricity is generated by using flowing water to drive turbines or screws. The kinetic power of water is immensely powerful and extremely reliable, and hydroelectric dams were one of the first types of renewable energy production system to be widely adopted. Hydroelectricity can be harnessed on a small scale in tidal areas or if a home is located near a fast-moving river or stream.

The earth has a molten core and retains heat from the sun extremely well. Geothermal energy is produced by running a conductive liquid under the ground in order to transfer some of this energy to the liquid. The hot liquid can be used as steam to generate electricity or as a heating solution. 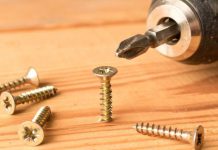 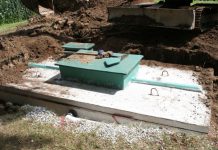 Septic Systems and the Home Buying and Inspection Process 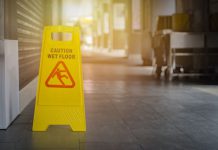 How to Win Premises Accident Cases 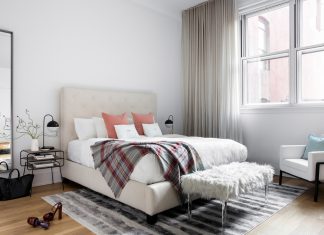 Letty Thalia - April 23, 2021 0
A master bedroom is one of the most important rooms in your house which should be a cozy retreat that is an oasis of...

The Minor Home Improvements That Make Your Property More Appealing To...