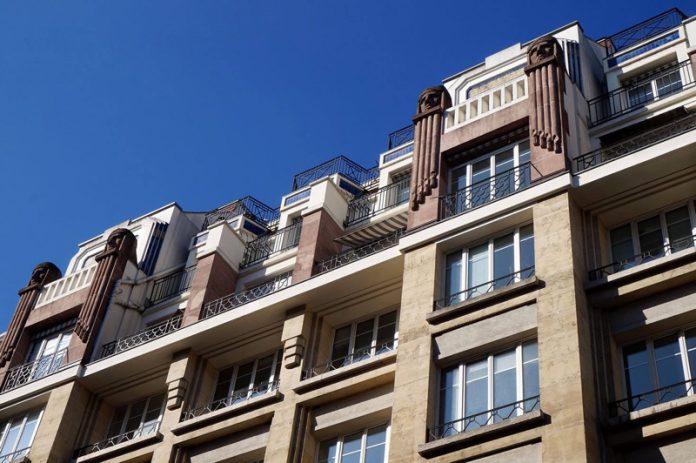 Art deco buildings offer iconic, decorative flair to city skylines, and were particularly popular for commercial buildings in design and culture capitals, such as Paris, New York, and Los Angeles. While art deco architecture was never the most permanent of trends, its influence can still be seen in some of the major buildings of these cities. The building style never truly caught on for residential buildings, though it’s always an inventive option for anyone building a custom home with the assistance of residential architect firms. In many ways, art deco architecture is a predecessor to the modern architecture of the 1950s, though with significantly more opulent detail and color.

Art deco architecture and style hails from the mid-1920s and 1930s, between the first and second World Wars. The style’s original conventions came from the American era known as “the Roaring Twenties,” though many historians point to Paris when identifying its true origin. The stylistic opulence of the architecture and fashion that accompanied this movement contrasted dramatically with the economic hardships of the Great Depression and post-war era.

Unlike some of the more revivalist styles of architecture, the art deco movement was entirely unique; it was definitively modern for its time, offering a dramatic flair that was completely separate from the likes of the neo-classical and Tudor-revivalist styles that were beginning to show up around the same time as its inception. As the skyscraper rose up in the 1920s, so too did the art deco style. In fact, many of New York City’s most famous skyscrapers are showcases of art deco style, including the Empire State Building and the Chrysler building. The art deco style thereby became an image of American progress in urban construction and design for many years to come, even after it had fallen out of fashion in other departments.

Art deco style was an opulent predecessor of the modernism of the 1950s and 1960s and set the stage for urban designs that were uniquely American in arrangement and appearance. This form of architecture is a landmark style of Los Angeles and Southern California, fitting Hollywood’s excess of film fantasies with carven images of nude figures, palm tree foliage, and endless sun rays. What exactly were the defining characteristics of such a style? Here are a few of the essential details that place art deco in a space of its own.

Art deco buildings were typically large, commercial structures that dominated their respective cities’ skylines. The building’s dramatic flair came in through its towering spires and triangular geometry near the peak of the building. These architectural elements were primarily decorative, giving the structure of flair of excess and wealth that was previously somewhat uncommon. These geometric arrangements also existed on a smaller scale throughout the building’s interior and exterior structure, creating a facade of artistic wealth that was entirely unlike other construction projects of the American Great Depression.

Art deco style tends to shy away from more of the timeless building materials, such as brick and wood, in favor of stucco and terracotta exteriors to make an artistic statement. By contrast, these materials were much easier for adding dramatic color to the building’s exterior, though they were also less durable. Theaters were a trendy option for creating art deco architecture with stylistic flair, particularly in the western United States. Colored and/or patterned glass was also a popular decorative element of the art deco structure, though not in the style of stained glass, such as you would see in a church.

Art deco architecture often leans upon bold color contrasts to give the building a definitive flair for both the interior and exterior of the structure. These colors were often bright for theaters and hotels, with a candy-like aesthetic that quickly went out of style given how much it stuck out from the buildings around it. However, for other more formal structures with an art deco style, this color contrast was often limited to simple black and white- creating an effect that was still relatively “shiny” and excessive.

Art deco-style windows feature geometric shapes and patterns that look and feel luxurious, whether large or small, square or arched. The windows for the building were one of the most prominent design features, complementing the color contrasts and stucco exteriors to create an even more effective facade of luxury. Larger, rectangular shapes were popular for homes and offices, offering an open aesthetic that modern architectural movements of the 1950s quickly expanded on for their arrangements.

Dramatic archways define the interior and exterior of the art deco building, in both large and small form. Art deco doorways often feature decorative grills or metalwork above the door to fill in the upper portion of the arch, which the building’s windows tend to do the same. In many ways, art deco is all about adding flair to the structure, and wide, swooping archways tend to do just that. You can see many examples of these decorative archways in many of the world’s most beautiful art deco buildings.

Where is Art Deco Architecture Today?

Art deco style’s dramatic flair and opulent detailing remain in major metropolis settings, such as New York, Chicago, and Los Angeles. However, it’s rarely the architectural style of choice for anything other than historical reconstruction. As a design style, art deco was quickly overtaken by 20th-century modernism, which is, in many ways, still the most essential and popular architectural arrangement of the last century.

Many modern structures integrate the smaller elements of art deco into their design to pay homage to this design style, though avoiding the details of this style that date it, such as the bold color choices and spired peaks. For 21st century architects, the art deco style can still inspire a project’s smaller, decorative arrangements for residential and commercial spaces. 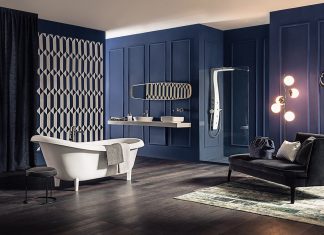 Katharina Kurniasih - December 1, 2016 0
Roohome.com - For you who want to renovate your bathroom but you still did not know what is suitable design to follow, now you may...

Ideas to Decorate Indoor Plants in your Living Room

Minimalist Lifestyle: Benefits of Having a Tiny Home